Syed Mustafa September 02, 2021 0 Komentar September 08, 2021
The Shahmiri Dynasty was the first Muslim dynasty in Kashmir. Habib Shah was the last ruler of Shahmiri Dynasty. Being incompetent, he was deposed by his military commander, Gazi Chak. He laid the foundation of the Chak Dynasty. The Chak rule began in 1561 and lasted till 1587, when the Mughal emperor, Jalal-Ud-Din Akbar conquered Kashmir. Chaks were originally Dards, the residents of Gilgit-Hunza area. 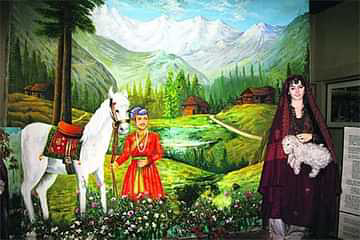 They settled in Kashmir during the reign of Shah Mir, the founder of the Shahmiri Dynasty. Chaks, apart from other things, are famous for successfully resisting the attempts of Zahir-Ud-Din Muhammad Babur and his son, Humayun, to annex Kashmir. Among all the kings of the Chak Dynasty Yousuf Shah chak was an influential one.
Mohammad Yousuf Taing says that Sultan Yousuf Shah chak was the last native king of Kashmir. He was barely 35 years old, when he ascended the throne in 1580. It was a critical time, full of challenges for him. War clouds were gathering fast and the armies of the Mughal Emperor, Akbar, were again knocking at the gates of Kashmir to avenge the defeat they had suffered two decades ago, when the people of this mountain-grit valley, under Ghazi Khan, had repulsed their attack and pushed them far beyond the frontiers of their homeland.
The challenge was great. Undaunted, the young king, however, rose to the occasion, when, in 1586, the Mughals launched a full-scale attack on Kashmir. Yousuf Shah, offered stiff resistance to the invading armies. A bloody battle followed, but the Mughal armies, although superior in numbers and highly skilled in the art of war, could not subdue the brave Kashmiris who had rallied behind their king to beat back the invaders.
Finding that the going was tough and that war could not help them, the Mughals thought of a trick to achieve their objective. They invited Yusuf Shah to come to the Imperial Court at Agra for peace talks. Ignoring the advice of his ministers and commanders to the contrary, the young king, with a view to sparing his people from suffering caused by a devastating war, accepted the invitation and went to Agra, never to return to his native land. Akbar imprisoned him and held him in captivity until December 1587. Subsequently, Yusuf Shah was exiled to Bihar and given a jagir in Biswas. Later, the Mughals compelled him to accompany their army, which conquered Orissa in 1592. And there at Jagat Nath Puri, he, the Sultan of Kashmir, died on September 22, 1592. His body was carried to Biswak where it was ultimately interned on 25th of December 1592. According to “ Baharistanshahi” an authentic record of Yusuf Shah’s time, a garden was laid out on the spot. Subsequently, other members of the clan, including Yusuf Shah’s valiant son, Yaqub Shah were also buried in the same graveyard.
Yusuf Shah holds a unique place in the cultural history of Kashmir. He was a romantic figure whose life resembles a classic tragedy more than one sense. The pages of authentic chronicles bear testimony to his many achievements in the fields of art and culture.
Mohammed Yousuf Taing, quoting Makik Hyder Chaudora, the contemporary of Yousuf Shah chak and who rose to be the trustee of Noor Jehan, when Jehangir took her away from Sher Afgan, records in his chronicle: “ When Yousuf Shah Chak was taken to the court of Emperor Akbar, he( Akbar) became quite fond of him for his love of music. Such was the depth of Yousuf Shah’s knowledge of music, that once when the great Tansen was striking a wrong note while singing Rag Kalawant, he at once pointed out the mistake to the singer, who promptly acknowledged hid superior knowledge and corrected himself. “
Mohibbul Hassan in his book “ Kashmir Under the Sultans” quoted Haider Makin’s Tarmrikh-i-Kashmir, which says” of handsome appearance, an expert in the science of music, fond of Persian and kashmiri poetry, patron of poets, scholars and musicians and himself a poet, Yusuf Shah was one of the most cultured rulers of the Sultanate period. Though not possessed of any personal valour, he displayed, when he first ascended the throne, promptness and energy in suppressing the revolt of his uncle Abdul Chak. On being driven out of Kashmir, he again displayed enterprise and initiative in his attempts to recover the throne. After regaining the kingdom, he tried to promote the welfare of his people. He prohibited the soldiers from taking unpaid labour from the peasants and unlike his predecessors, he gave up the practice of extracting unpaid labour and Zakat from the hanjis. He also abolished Jizya and taxes of an oppressive nature imposes on gardens, cattle and artisans. “ 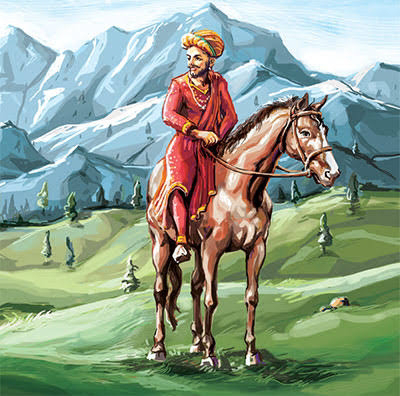 Last but not least, in exile, the life of Yusuf Shah was tragic. The allowance which he received from the Emperor, though enough to support a life of comfort, was not sufficient to maintain his dignity and being of a generous nature and accustomed to luxury, he found himself always short of money. Moreover, in the scorching heat of the plains of Bihar, he longed for the cool and bracing climate and the picturesque sceneries of the Valley. In exile, he missed the society of poets, scholars and musicians but above all, he pined for his beloved queen, Habba Khaton. She was the daughter of a peasant of the village of Chandahar in the Vihri pargana. She had been unhappy with her first husband who was a drunkard and a debauchee and who ill-treated her. A poetess and a musician, possessed a sweet voice, she captivated the heart of Yusuf Shah who fell in love with her and married her. He built for her mountain resorts in Gulmarg, Sonarmarg and other beautiful spots. But now as a royal prisoner, he knew he would never see her again. All this so much affected him that his mind gave way and he died on 22nd September, 1592, after an illness of six days and was buried in the pargana of Biswak.
In 1977, the then Chief Minister, Sheikh Muhammad Abdullah and the writer and historian, M. Y. Taing, visited his grave. A plague near the tomb reads: